Clayton Ravenscroft will be joining Birel ART racing team for the 2020 season as an official factory driver. Clayton will be competing in the OK Senior kart category racing across the world in multiple championships.

Clayton said ‘I am very excited for this opportunity and cannot wait to get started!” 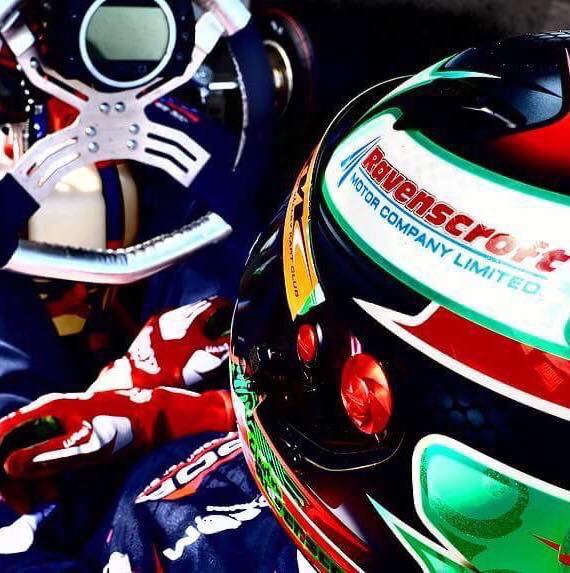 Good speed and skill in the dry, followed by a dominant performance in the wet conditions, yielded two heat wins and two second places on the Saturday and were enough to secure pole going into Sunday morning for the finals.

A loose sprocket carrier hampered his performance in final 1, however, he still managed to secure a fifth place start for the main final.

Sadly an error in parts selection ruined any chance of competing with the front runners. At one point he was dead last, but did manage to salvage 20th place, but this did little to help his championship chances.

Clayton will now look forward to Larkhall in 2 weeks time where he will hope to continue his lead in the Motorsport UK British Championship. 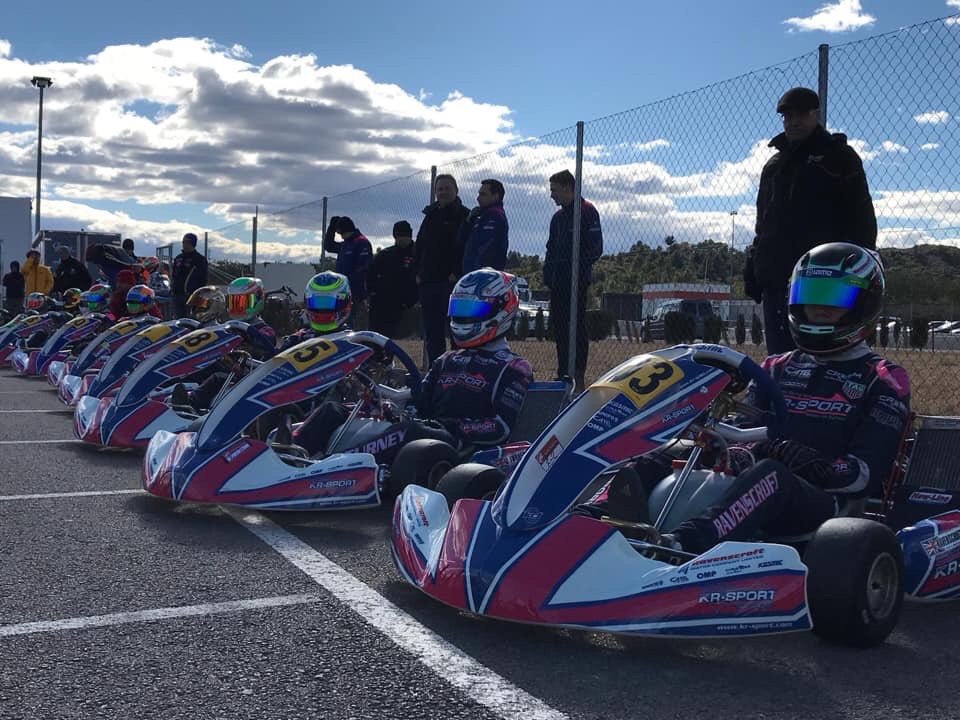 Round 3 of the Senior X30 British Championship at the historic Shenington Kart Club, saw Ravenscroft struggling for pace throughout the day. His team, KR Sport, were relentless in trying to find what was causing the problem, and Ravenscroft in turn pushed his equipment to the best of its ability, qualifying 5th.

Ravenscroft found himself trying his hardest to catch the front two drivers, Keirle and Kimber, but couldn’t quite get involved in the battle and challenge for the wins in the heats or final. This ended the day and Round 3 with 5th in the final. 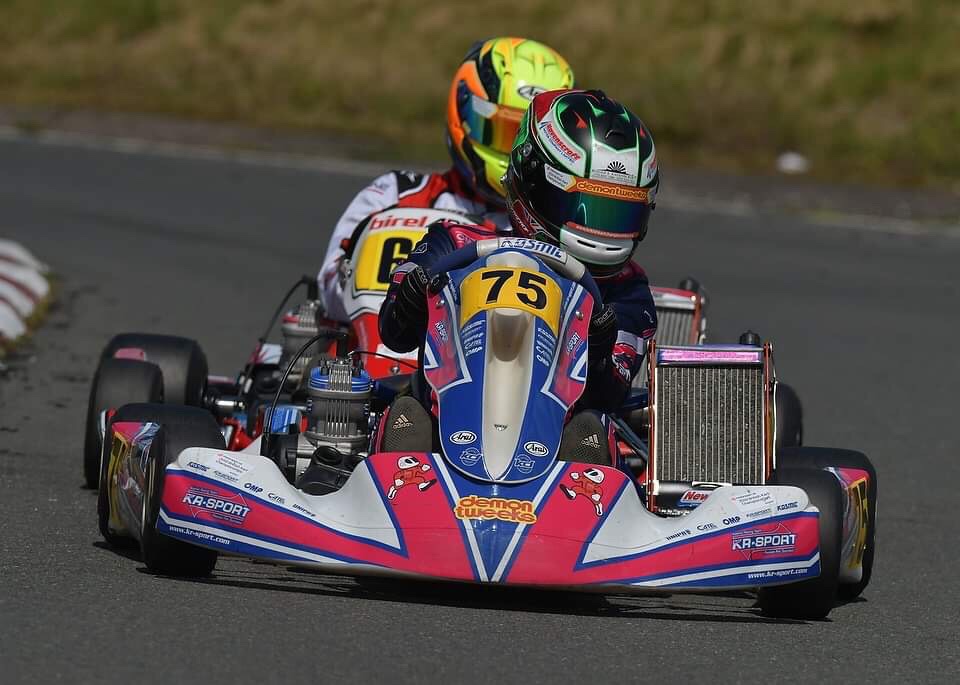 Round 4 was much the same, qualifying 5th, but by heat 2 Ravenscroft and his team had finally found some race pace and finished 2nd behind the 2017 world champion Keirle.

The final was a battle that Ravenscroft could finally participate in and with multiple lead changes throughout the 15 minute race, Ravenscroft secured a podium finishing 3rd behind Kimber in 2nd and Keirle 1st. 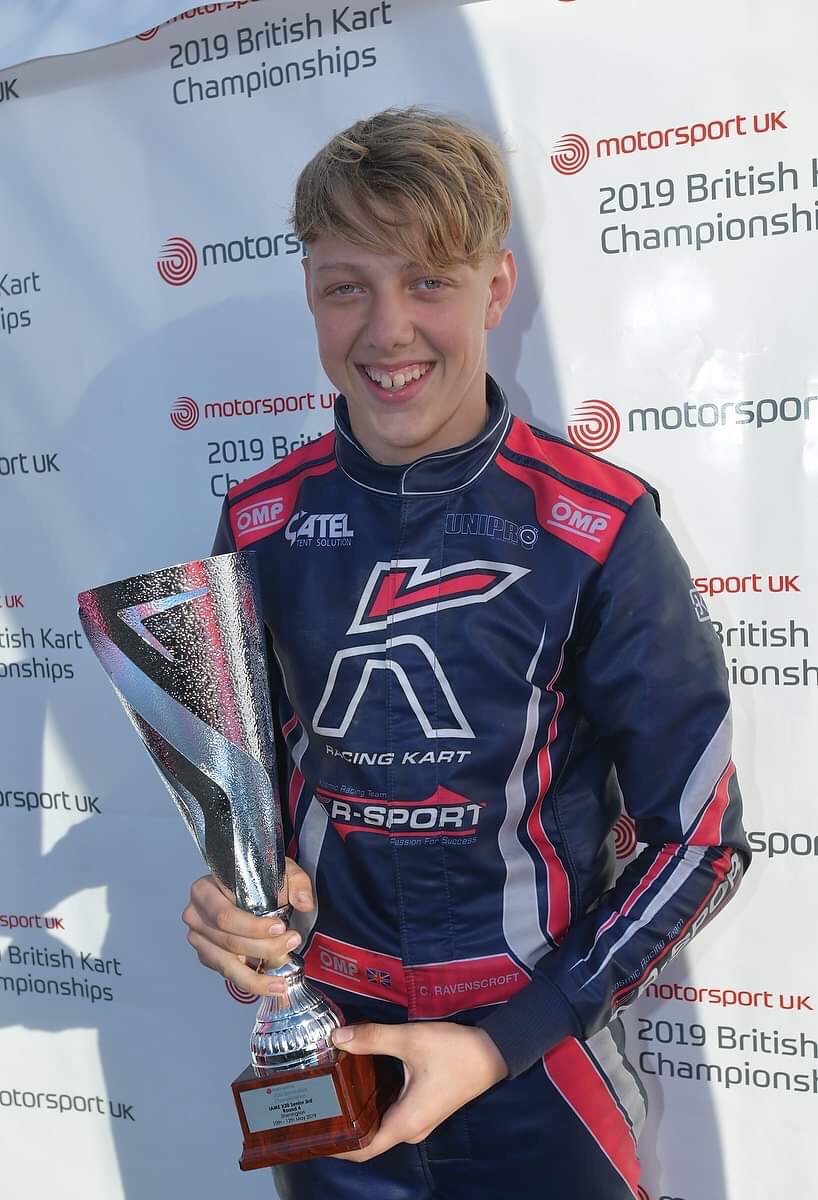 This has given Ravenscroft a good points haul for these rounds and he is still leading the championship by 2 points.

Round 5 and 6 of the Motorsport UK British Championship sees Ravenscroft at Larkhall circuit in Scotland. In the meantime, he will be at Castelletto, Italy for the second round of the Euro Series.

Clayton would like to thank the entire team at KR Sport for their hard work throughout the weekend. 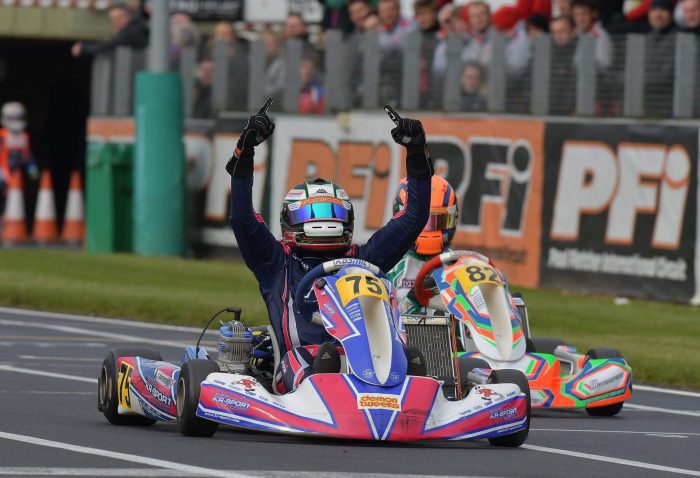 Clayton Ravenscroft, a student from the Motorsport UK AASE programme at Loughborough College, was able to take a double victory at round 1 and 2 of the British Championship at PF international in Grantham, Leicestershire this weekend.

END_OF_DOCUMENT_TOKEN_TO_BE_REPLACED 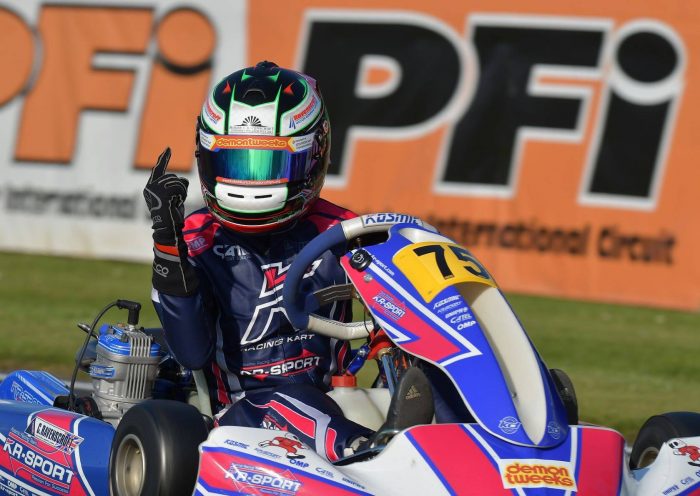 After winning both of his heats during the day, Clayton Ravenscroft went on to win the final at the first round of the 2019 Motorsport UK British Championship at PFi !

END_OF_DOCUMENT_TOKEN_TO_BE_REPLACED 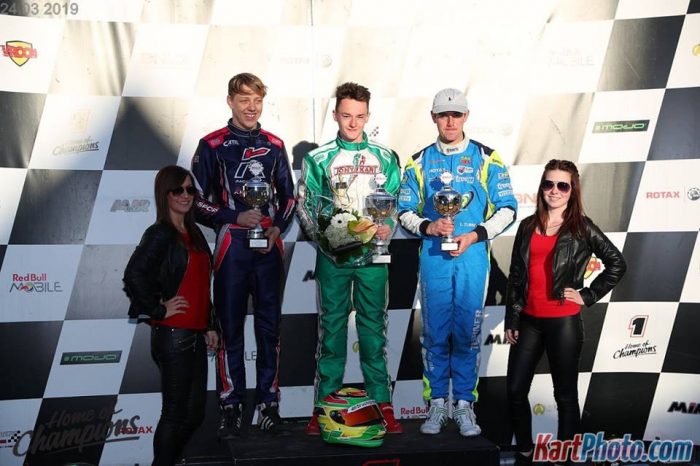 This weekend Clayton Ravenscroft returned to one of his favourite venues Karting Genk, in Belgium,for the first round of the BNL Rotax Karting Series.

END_OF_DOCUMENT_TOKEN_TO_BE_REPLACED 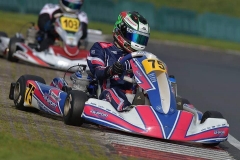 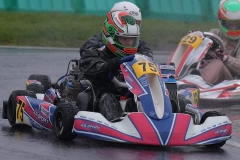 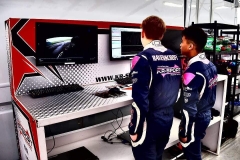 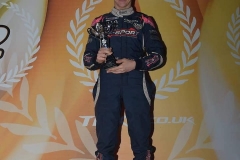 2nd this weekend at Trent Valley Kart Club (TVKC). It was a good test. Power was awesome in the dry. Also found good info in the wet. Nearly ready for the season to start in earnest. Thanks as usual to Cream Racing Engines and especially my team KR Sport. Thanks also to Kartpix.net for the great pics as usual. 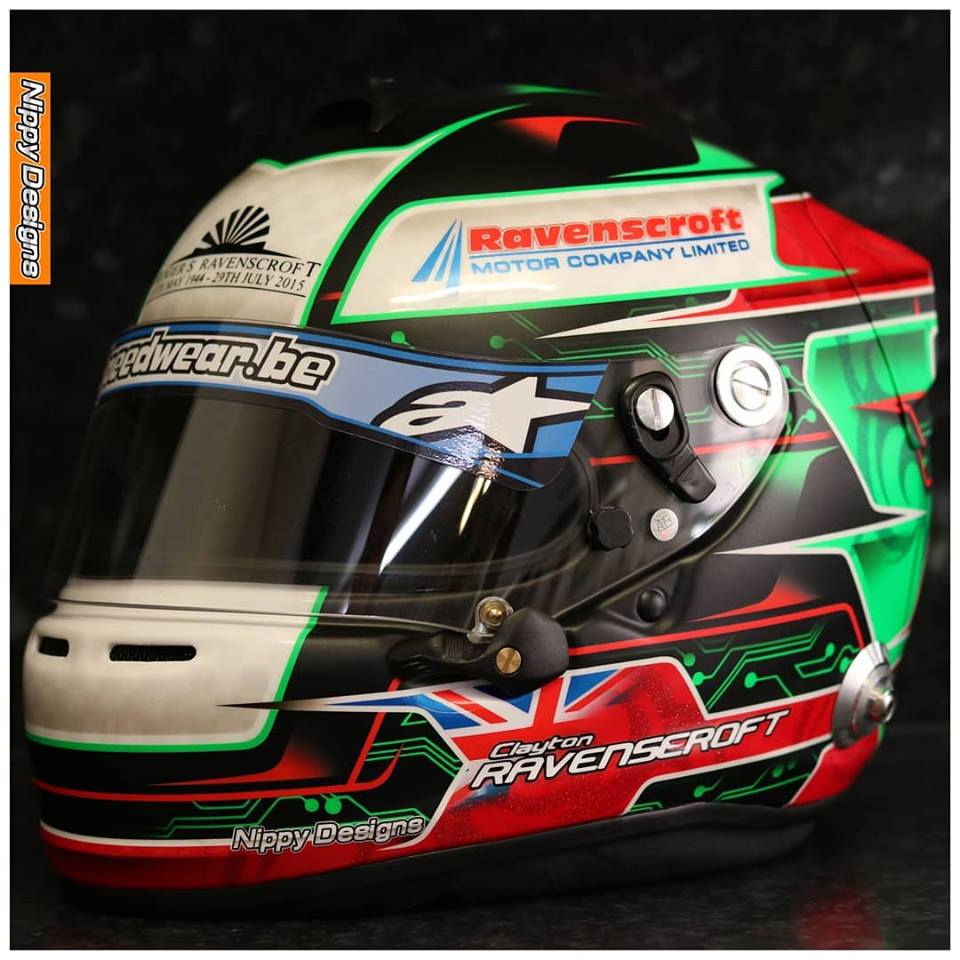 finally here. The helmet is an evolution of my first helmet. This is because it represents me and my family. The first lid was my cousin Jac Constable’s and he handed it down to me. The tribute on the front is to my grandad who got us both our first karts. Thanks to MDM Designs for their patients and  Nippy Designs for yet another excellent paint job. 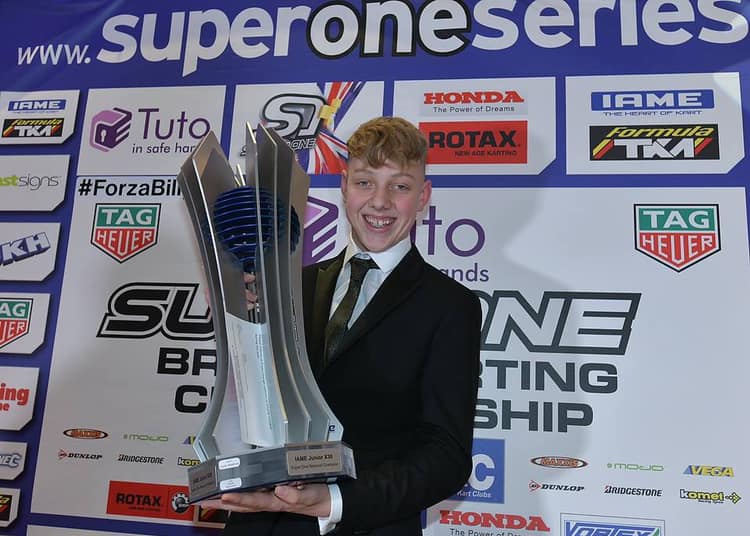 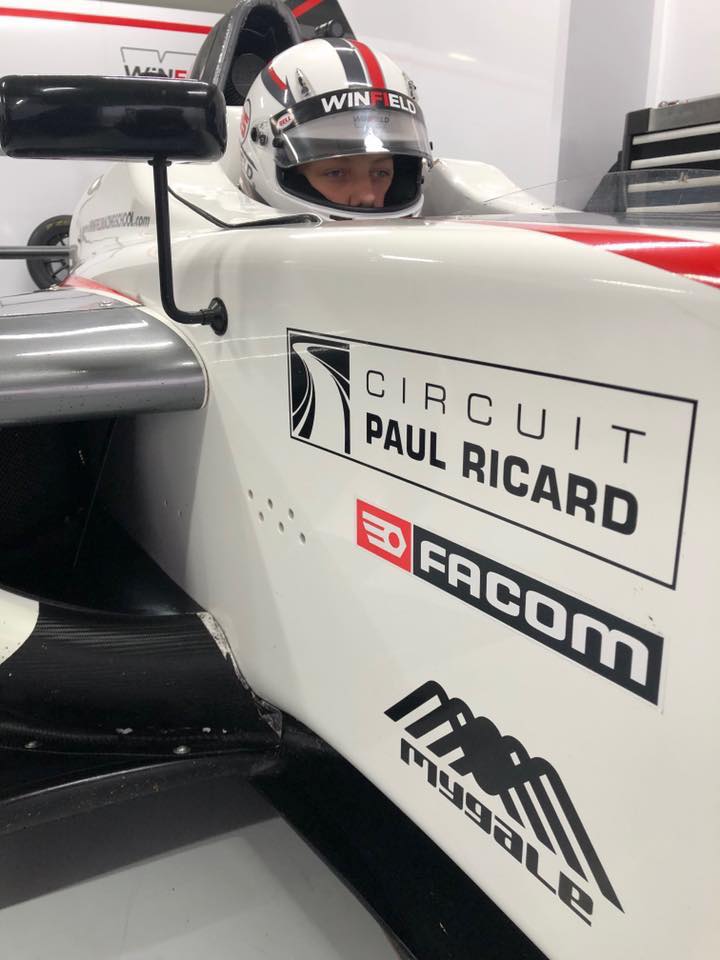 Clayton Ravenscroft tested in an F4 single Seater at the prestigious Winfield Racing School in Circuit Paul Ricard France. Clayton the 2018 British X30 Junior Kart Champion was selected for the prized test drive based on his racing during the IAME World Finals at LeMans, France.

“It was a pleasure to welcome you and you did very well on your first ever F4 test, well done and keep pushing Clayton”