Clayton Ravenscroft, a student from the Motorsport UK AASE programme at Loughborough College, was able to take a double victory at round 1 and 2 of the British Championship at PF international in Grantham, Leicestershire this weekend.

Saturday saw Ravenscroft win both of his heats and ultimately the final, securing round 1. 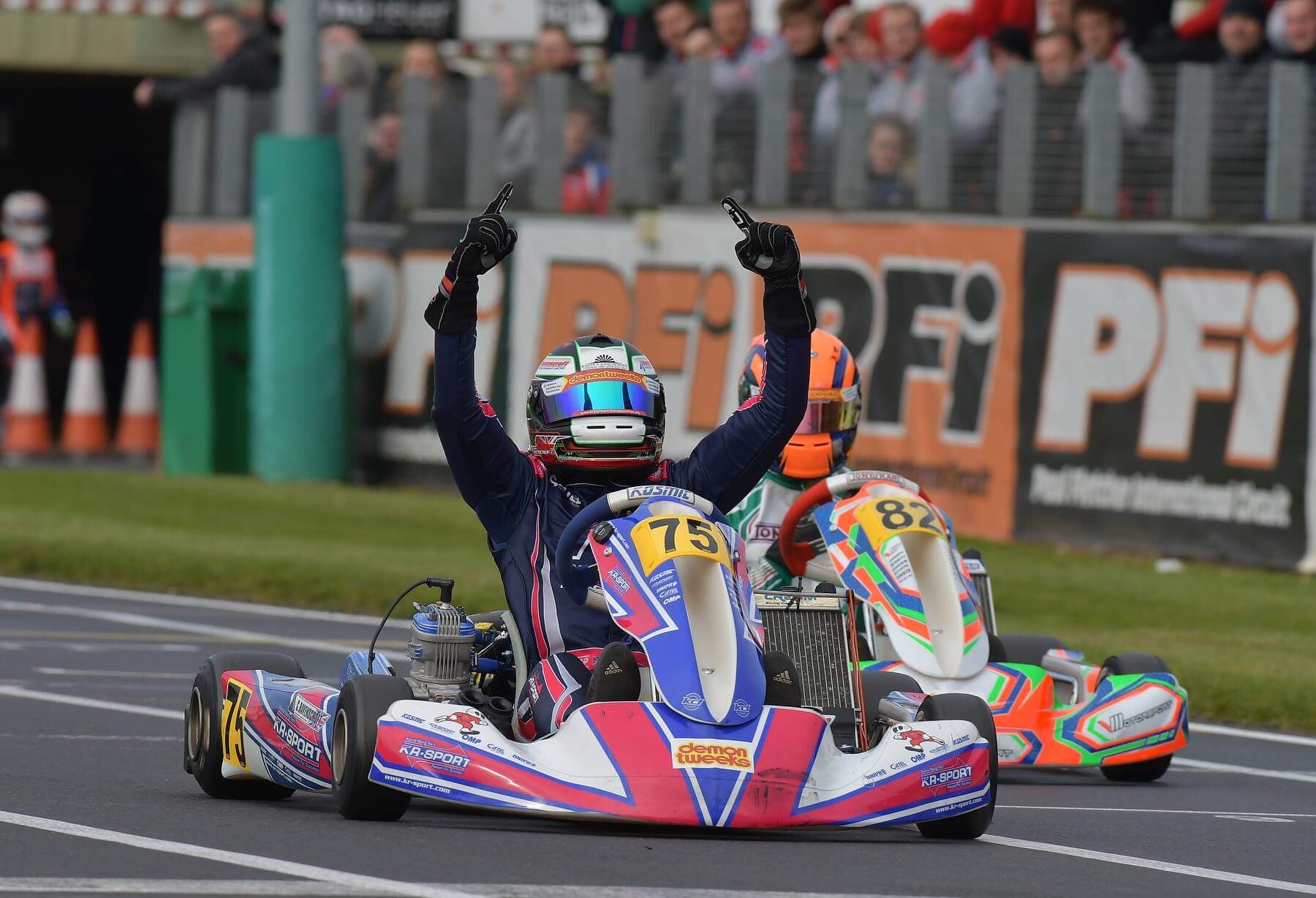 On to Sunday and luck was not on his side for qualifying. Although Ravenscroft secured pole in the group, his time put him 14th overall which meant he would be starting his heats in 7th place.

Heat 1 saw him finish 2nd after a well thought out drive, and heat 2 saw him climb to 4th after nearly coming off track after an incident.

This meant Ravenscroft would be starting from 4th position for the main final.

After taking the lead at the start of the race, Ravenscroft engaged in a battle that would see multiple lead changes! By the end of the race, it was a race between Lawrence and Ravenscroft who were able to push away from those who were battling behind them. Lawrence was in the lead with one lap to go, defending his line for the win, but Ravenscroft was able to put in a spectacular move in the last complex securing a double victory! 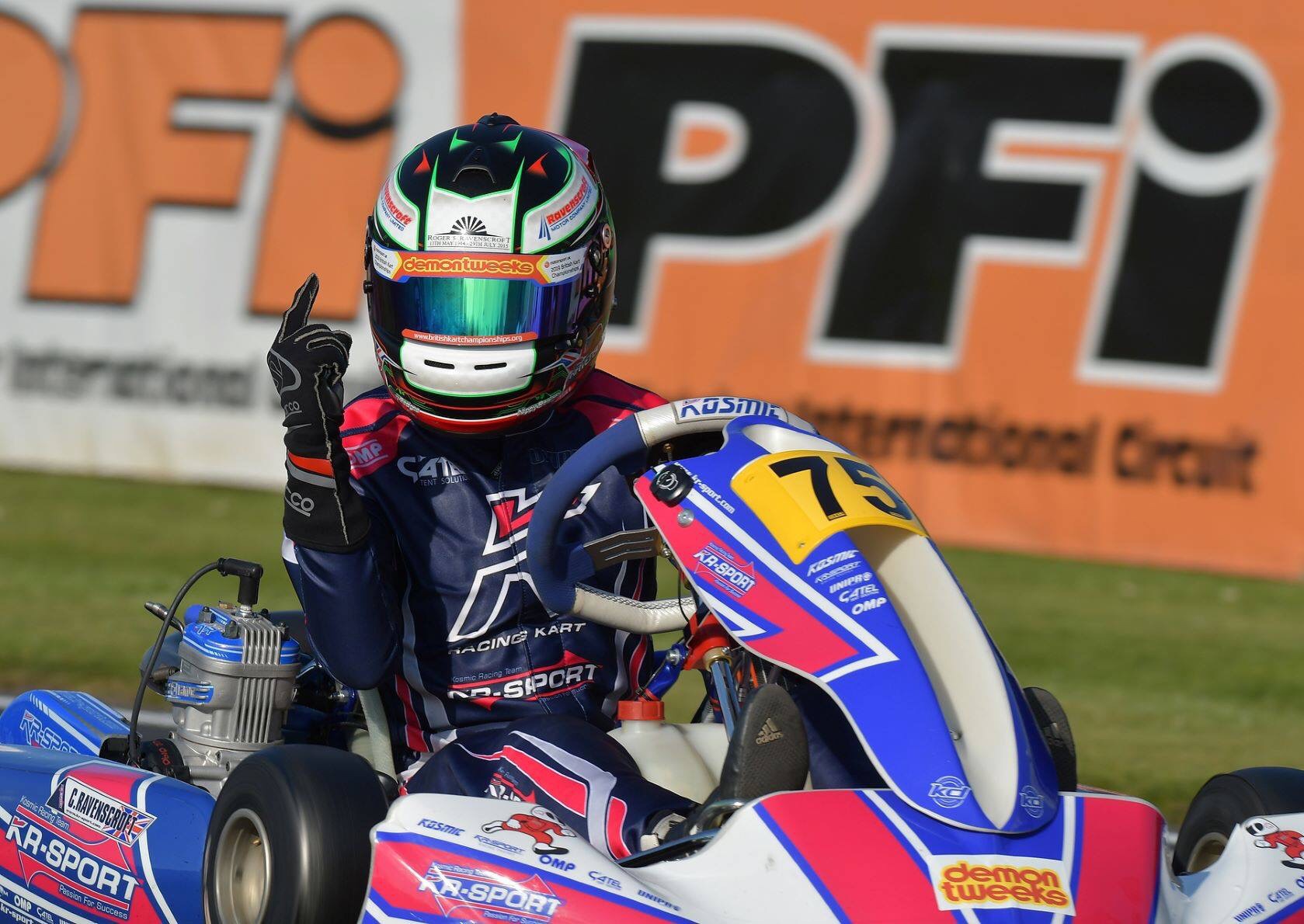 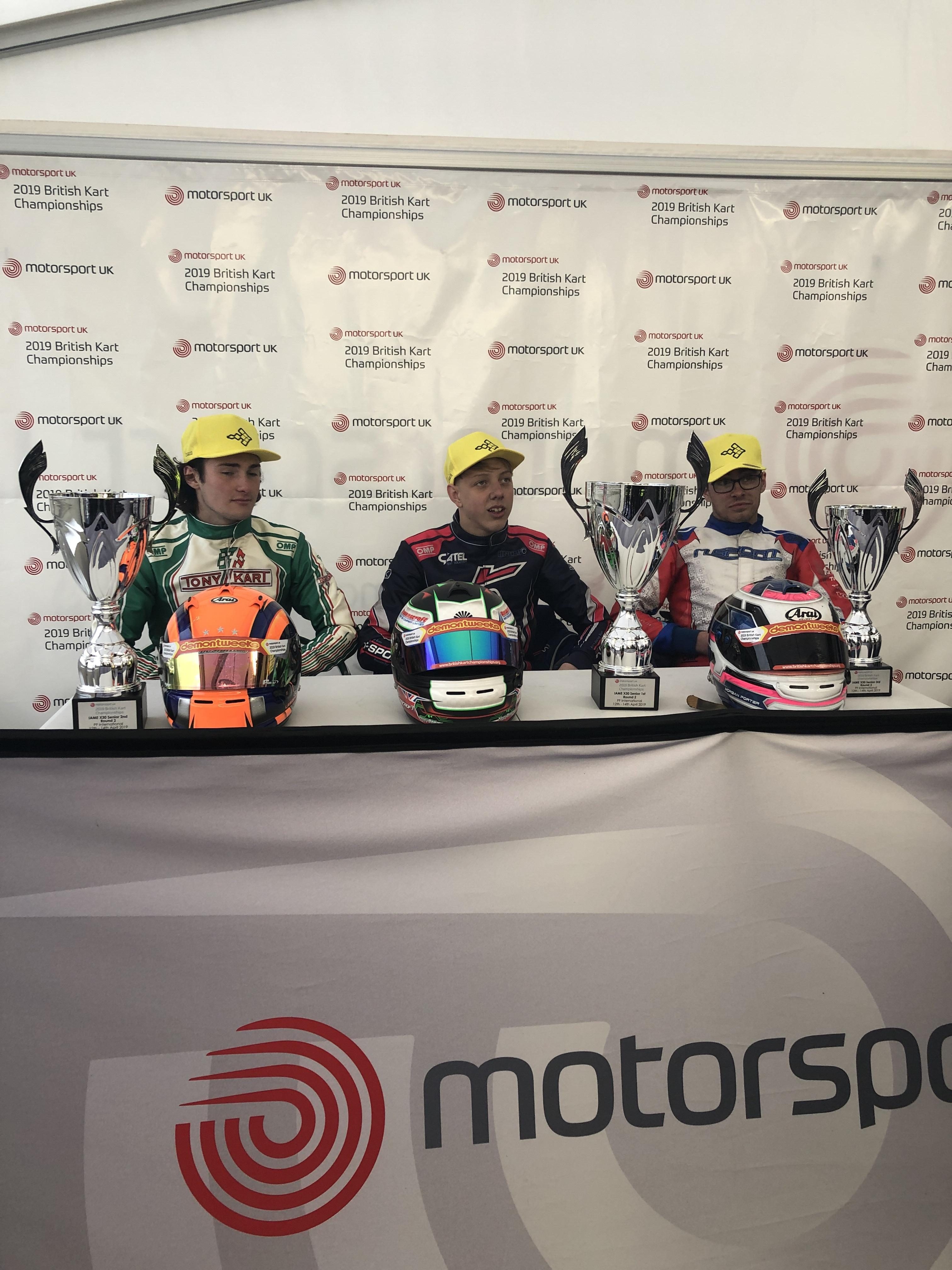 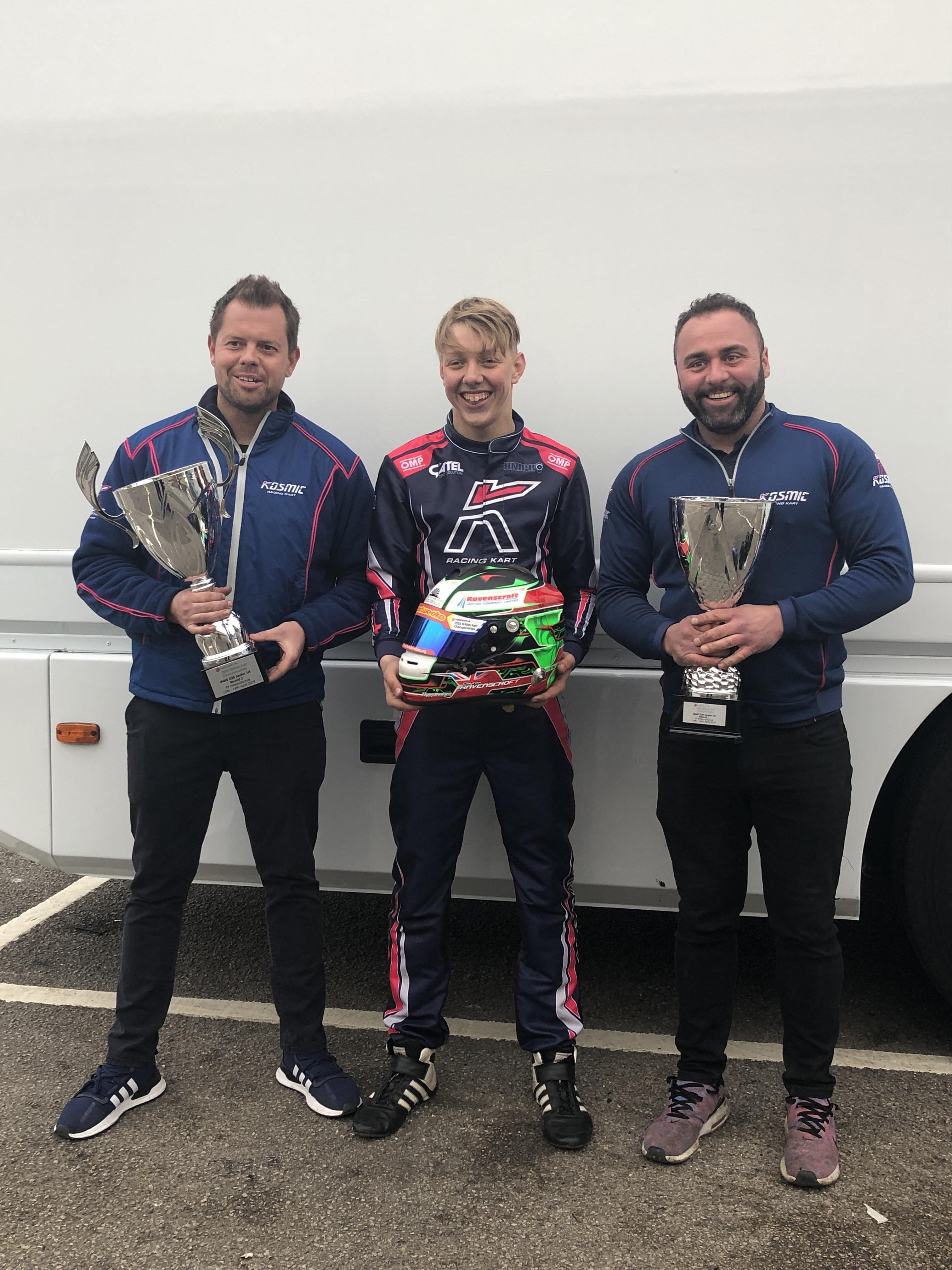 Thanks go to Team KR Sport for an incredible package and Kartpix for the photos.